Things to see and do in Hanoi, Vietnam 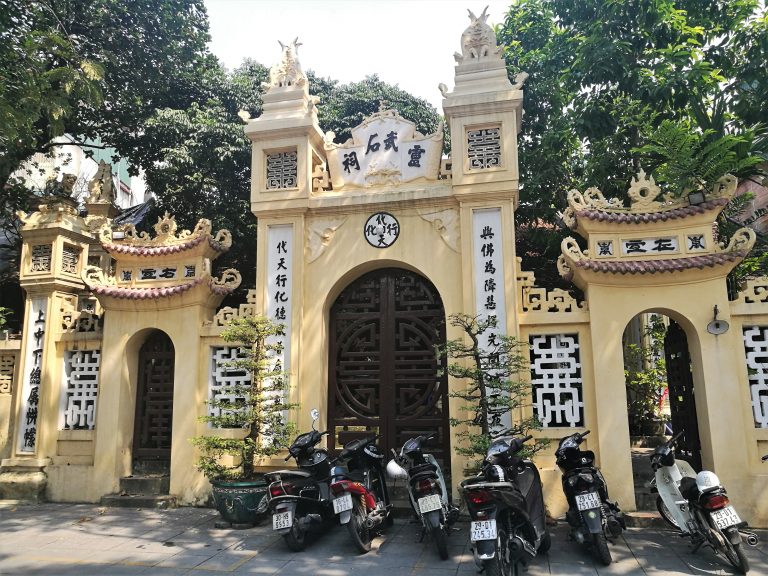 When we first arrived in Hanoi we loved how smooth the things were. From the fast visa and passport control to the public transport we took to arrive in the old city center. I wrote about these right here.

Once I stepped into the old center of Hanoi I was shocked. Motors everywhere, active horns every single second, my backpack was “too big” (20L) so it was hard to slip past the cars. Until I reached the accommodation I thought that the following day we will just leave to another place.

But a good sleep and some food make miracles. 😂 I could see everything different afterwards. I started even loving that craziness  and kind of enjoying watching the traffic (real chaos). So, we ended up staying in Hanoi almost 4 days. Here’s a list of must see attractions in Hanoi from our point of view.

Things to see and do in Hanoi, Vietnam

There are so many things to see in Hanoi. But I will list the ones I found the most interesting.

I think it is a great place to see. This beautiful lake is surrounded by huge trees. There are few benches as well, perfectly located in the shadow, to protect you from the heat. In the middle of the lake there is a small island and the unique Turtle Tower with its French and Vietnamese structure.

Hoan Kiem or the Lake of the Returned Sword is very popular now and I was surprised to see how many locals enjoy it .

While walking around the lake you will notice the Ngoc Son Temple, dedicated to the general who defeated the Mongols in the 13th century. For locals, it means the “Temple of the Jade Mountain”.

The opening hours are from 8AM to 6PM and a ticket costs VND 30000/ person. The student have 50% discount for the entrance fee.

Due to the fact that Vietnam was under French influence you can easily observe an entire French quarter in Hanoi. It borders Hoan Kiem lake and comprises government offices and embassies.

French people erected the Opera House at the beginning of the 20th century. Its beautiful architecture changes the entire view over the Square of August Revolution.

This is a Romano Catholic church built around 120 years ago. It was built by the French colonial government and its Gothic architecture reminds us of Notre Dame.

Lucky enough we had the chance to see also the inside art. The opening hours are from 8-11 AM and from 2-5 PM. This might change during Sundays. There is no fee to visit the cathedral but it is mandatory to be dressed properly.

This is perhaps the most touristic train street from the entire country. The Hanoi railway snakes through the city and sometimes crosses entire neighborhoods. What makes it special are the houses, restaurants and cafeterias built inches away from it.

We’ve been here both during day and night and the atmosphere is cool. Everyone is relaxing with a coffee or bear at the small tables nearby the railway. And once the train comes both tourists and locals run and “hide” from the speedy train.

There are plenty of places where local people sell food, spices, clothes, or whatever comes into your mind. 🙂 The most well known market is Dong Xuan Market. French colonists built this market around 1889 but Vietnamese people refurbished it afterwards.

At the market the prices are cheaper than in the normal shops and they are negotiable. But remember that sometimes, €0.30-0.50 is nothing but for some sellers it might make a difference.

It is a peaceful and lovely place that we found it without purpose. Actually, its beautiful entrance convinced us to check the place. And it was worth it. 🙂

This is the place where we could enjoy the Asian architecture. All the area has plenty of Chinese architectural influences as the structure was built as a Temple of Confucius almost 1000 years ago. There are fifth courtyards with different entrance and two lakes.

This is a former prison used at the beginning by French colonists for political prisoners. Later on, during the Vietnamese War, The U.S. prisoners got caught here. To visit this historical place you have to pay VND 30000/ person and find yourself there between 8 AM to 5 PM. More details here.

Stroll the streets of the Old quarter of Hanoi

Get used to the traffic and learn again how to cross the streets 😀 Find some good food, a coffee and enjoy the crazy traffic.