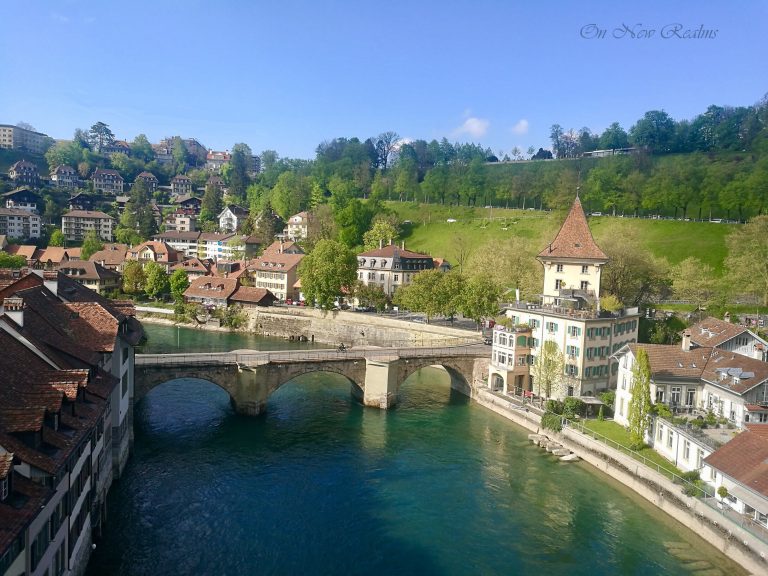 I will never suggest anyone to spend one day only in a capital but guess what, we did it. We always thought that for a big city, especially a capital of a country, we need at least 2 days to discover it. But here we are, spending few hours in Bern, the capital of Switzerland.

The big difference is that this city has nothing to do with the real meaning of a capital. It has a surface of 52 km²  with a population of 133k and it has no traffic jam during rush hour. How does it sound to you? Amazing, right (and a bit unreal to us) 😀

Bern is located in the west part of the center of Switzerland and it is very well connected to other cities by several highways. And not only this, it has also plenty of national and international railway connections as well as an international airport. So, don’t event think of saying it is hard to be reached. 😛

Anyway, Bern is 70 km far from our place (Ogens) and it took us about one hour and a half to arrive by car. The roads are in perfect condition, the motorway is almost everywhere just always pay attention to the speed cameras. They are hidden and it is sometimes impossible to avoid them. Also, if you travel by car make sure you pay the vignette in order to use the highways (around EUR40/year).

We didn’t even enter into the city and we were impressed about the multitude of parking places that are in the surroundings. The Park and Ride area we chose was Neufeld. The price was 2CHF/hour. The big advantage was that in front of the parking there are buses that connect this point with the railway station (Bern Hauptbahnhof) or city center. They are free of charge for the clients of this parking. So, with the parking card we could travel together to the Bahnhof and way back.

The bus ride was quick, not even 10 minutes and we arrived to the train station. Usually, the area around the railway station is sometimes not the most beautiful one. Especially in the big cities we encountered homeless people or beggars and even the red district. In Bern things are totally different. Everything is clean, organised, with no “bad area” in this zone. We didn’t have any reason to feel unsafe there, while walking during the night.
***This is the SBB website, the place where you can book tickets online for a train journey.

We didn’t use any public transport besides the bus from the parking place but we can assure you, you can rely on them. We actually checked the time mentioned on the schedule with the time when the tram arrived in the station and it was not even a minute of difference. And we did that with 3 trams, to make sure it wasn’t just a coincidence 😂 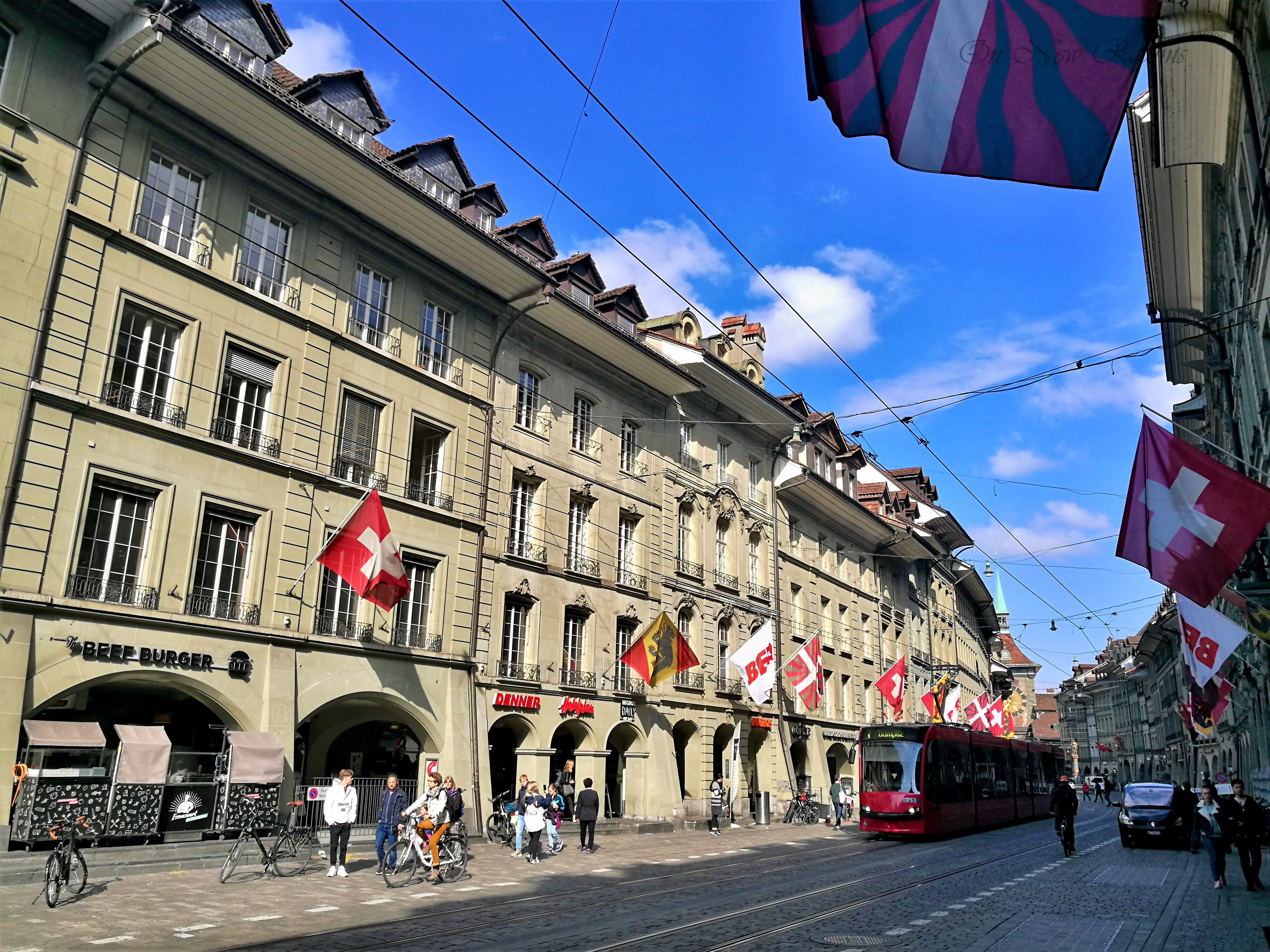 Here is the website where you can find all the details about the types of transport, prices, zones and so on.

What to eat on budget in Bern

Food in Switzerland is expensive, especially if you are traveling on low cost. Fast food (healthy or not) and supermarkets can help you not spending a fortune for a meal.
For example, a Burger King menu costs CHF15 which is way cheaper than a main dish in a restaurant. There are salads, sandwiches or even sometimes warm food in the supermarkets and for a menu you can pay about CHF7. We recommend to have a look in Aldi, Migros and Coop shops.

What to do in Bern in a day

As we mentioned before, we didn’t use any way of transport inside Bern. This time we had a bit of idea of what we wanted to see, therefore, using the offline map, MAPS.ME, we started strolling the streets. Bellow we added a print screen of our itinerary.

This was our first stop and honestly it is almost impossible to miss it. This beautiful building that houses the Swiss Parliament was built around 1902. The cobbled piazza that stays in front, called Bundesplatz, is part of the UNESCO Cultural World Heritage Site.

It is a beautiful medieval tower that dates from the 13th century and it incorporates a  15th-century astronomical clock. Climbing the inside stairs you can see the clockwork and watch the clock mechanism. For a 50 minutes tour you need to pay CHF 20/ person.

Located on the Munstergasse, a street with few restaurants and caffeterias, the Einstein House it is not really well advertised. Here is the flat where Einstein lived during 1902 and 1905. It is open daily between 10AM to 5PM and the entrance fee is CHF 6/ person

Very close located to the Einstein house, the cathedral built in a Gothic style is the highest structure in Bern. Unfortunately we couln’t enter to visit the inside or to climb to the top to enjoy the view. It seems that it was allowed only for the organised tourist groups.

Just behind the cathedral there is a small park or playing ground with nice panorama. It might be a perfect stop if you want to have a small break.

Nydeggbrucke (the bridge) and the Aare river

What we loved about this bridge was the beautiful view that you can enjoy while crossing the Aare river. The houses perfectly positioned on a hill, the Cathedral (Berner Münster) and the river create an amazing landscape during sunset.

I know that are perhaps many other things to discover in Bern but we are quite happy with what we’ve seen. It totally changed our idea about capitals, cleanliness and punctuality.

Which big city blew your mind?

2 thoughts on "The best travel guide for Bern, Switzerland"