15 things to do in Verona 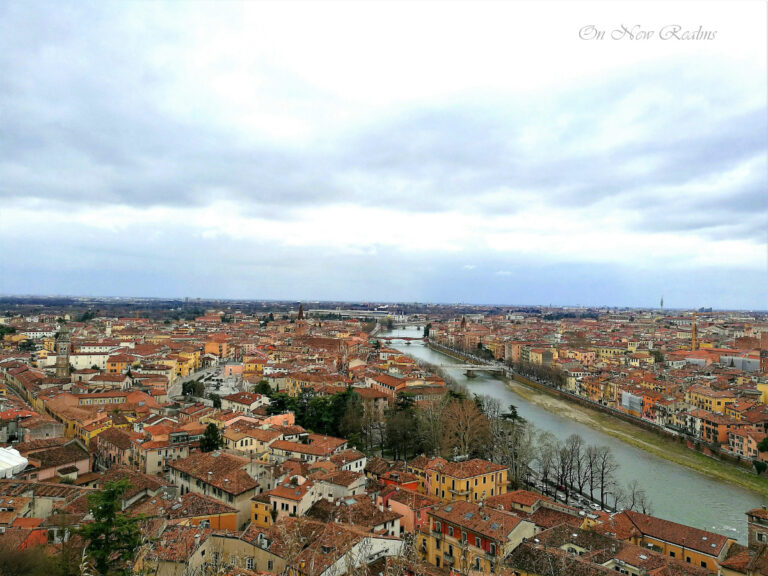 Verona is a special city in the Northern Italy well known for its connection with Shakespeare’s tale. It is one of the most beautiful cities in Veneto Region, being famous for its architecture and history. Most of the sights are located pretty close to each other within walkable distance so all you need to have is a good mood and comfortable shoes. 🙂

15 things to do in Verona

Situated on the shore of Adige River, Castelvecchio was once the most powerful military construction in this area. Built in 1359 as a royal palace and a fortress, the castle became afterwards home to Castelvecchio Museum and Gallery, containing unique paintings and artifacts.

A normal ticket costs €6 but you can always use the VeronaCard, a city-pass that will allow you to visit some tourist attractions at a better price. More details such as location and opening hours can be found here.

Crossing the river from one shore to the other, Ponte di Castle Vecchio offers you an amazing view over the Adige River. Connected to the old fortress, the bridge is made of red bricks comprising a total length of 120 m. We enjoyed a lot evening walks together with lights and music from outdoor artists.

It is the second longest river in Italy that crosses the Northern part of Italy, offering spectacular views over Veneto region. The city that dates from prehistoric times, Verona, was declared an UNESCO World Heritage Centre. We totally understood why by strolling both winding streets and the bank of the river. Save some time from your holiday to simply discover its uniqueness.

Located minutes away from Castel Vecchio, Arco dei Gavi is a first-century stone arched gate, beautifully lighted up during the night. Hard to miss it when wandering around this beautiful city due to its original architecture and location.

Dating to the 1st century AD, this ancient Roman gate represented the city’s main entrance. It might not be a major attraction but surely it’s impressive by the fact that it is still standing in a very good condition after so many years.

There is no secret that Italy is famous for its beautiful piazzas. To us, Piazza Bra made Verona even more imposing than expected. With three important and meaningful buildings, together with a green area, numerous cafes and restaurants, the Verona’s biggest square attracts an impressive number of visitors all year round.

Gran Guardia and Palazzo Beriberi are two of the notable buildings but the main attraction is the colossal Arena di Verona built in the first century AD that hosts nowadays about 15000 spectators during festivals and concerts.

Step back in time and explore one of the best preserved Roman amphitheaters.  Located in the historic town centre, in Piazza Bra, Verona Arena  opens her gates for tourists interested in history and culture. A ticket costs €10 (free for VeronaCard holders) and the opening hours are mentioned here. During summer, the arena hosts concerts and musical shows that might affect the normal schedule.

Few minutes away from Piazza Bra, Porta Leoni is a Roman gate partially similar to Porta Borsari. Dating back to the first century, the remains of the old city gate and the underground excavations can be visited 24 hours a day as they are free for the public interest.

One of the reasons why tourists show so much interest in the city of tragic love stories is Juliet’s balcony.  Placed hundred meters away from Piazza delle Erbe, the Gothic style house became now a crowded museum open daily for thousands of fans. The entrance fee is €6 per person but if you are in possession of VeronaCard you may step inside for free.

Hundred years ago this beautiful square represented the centre of the city’s political and economic life. Now it is a lovely place packed with restaurants and cafeterias. Relevant buildings and great architecture are surrounding the piazza. Torre dei Lamberti, Palazzo Maffei or Casa Mazzanti guard the piazza for hundreds of years.

Apparently, the construction of the tower began in 1172, being restored 300 years later due to a lightening strike. Being the tallest tower in Verona, Lamberti Tower offers you a different view over the city of love. To reach the top of the 84m high tower you can use the stairs (368 steps) or you can opt for the elevator. This tourist attraction is included in VeronaCard, therefore you can access this point for free. Otherwise, the ticket price is €8. You can check here more about the admission fees and opening hours.

Just few meters away form Piazza delle Erbe, Piazza dei Signori is another catchy piazza due to historical buildings that environs the square. This place is also called “Piazza Dante” due to the statue of Dante Alighieri that is centrally located on a pedestal.

Also called “Duomo di Verona“, the cathedral is one of the oldest religious buildings in Verona. Dedicated to the Virgin Mary, this Romanesque basilica opens its doors to the public. There is also an entrance fee, €3 but luckily enough, this church is also included in the VeronaCard list.

Considered the biggest basilica in Verona, the church of Santa Anastasia was built in a spectacular Gothic style and dates from the 13th century in the heart of Verona. As well as the Cathedral of Verona, this church can be visited for an admission fee of €3 or for free for VeronaCard owners.

Perfectly located on a green hill, Castel San Pietro was a fortified citadel that now presents picturesque views over the city. We headed up to the top by using the stairs but for a quicker ride up to the Castle you can choose the funicular that costs €2 only. You cannot visit the castle but the views are well worth your time and energy. 🙂

I know I mentioned 15 things to do in Verona but I really want to add one more: get lost…

It’s what we always love to do, to get lost in the narrow and cobbled streets. The idea of having no destination or program it’s just amazing. Stroll the streets and discover the real culture and history of the place.

To us, Verona means a fascinating city. It was the place we liked the most in our Northern Italy trip by train. Even though it’s packed with tourists, it gives you the opportunity to enjoy a quiet city, rich in history and culture. I think it is a lovely place not only to visit but to live in it!